TEMPOMOBILE COMPAÑÍA DE DANZA was created in 1994 by the North American choreographer, Becky Siegel, uniting a group of young dancers with the goal of creating a new and expressive language, multifaceted and accessible, evocative and surprising. Since then the company has danced in important theatres and festivals both in Spain and abroad, but has also dedicated a large part of its efforts to the creation of an audience for Modern Dance in Navarra, dancing in small towns and collaborating in educational programs for school children.

Siegel has created eleven works for Tempomobile, most of them the result of collaborations with musicians. With violinist Ana Radomska she created Lo Bailado in 1995, and with the Taller de Música Sine Nomine she presented Ultreya in 1996. In 1997 Siegel began her collaboration with the Basque accordeonist Kepa Junkera with the work Casi and continued in 1998 with Bihotzaren Hegoak . In 2000 she began work on Airborn , with original music composed by Mikel Errazkin, founder of the mythical group, Sorotan Bele. In 2004 La memoria de las piedras had its debut, with live music by Javier Paxariño, and in 2005 she created Still Moving in close collaboration with composer Paco Iglesias. 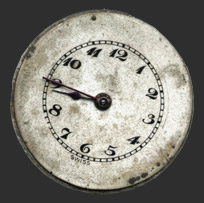 Becky Siegel was born in Denver Colorado (USA), and received her dance training in New York, where she studied with Martha Graham, Merce Cunningham, Melissa Hayden, and Maggie Black, among others. She danced with several important post-modern dance figures, including Jeannie Hutchins and Richard Bull, in whose improvisational company Siegel danced for many years. She received a Dance Degree at Barnard College (New York) and then formed her own company "Timebenders", collaborating with composers such as Borah Bergman and Michael Brennan. In 1986 she moved to Barcelona where she created and performed various projects with composer Jordi Russinyol, and several productions with the clarinetist Miquel Gaspá and "Silenci," a Dance-Theatre Company. During her stay in this city she was guest teacher for some of the most important Modern Dance Companies in Spain: Lanonima Imperial, Danat Dansa, Ballet Contemporani de Barcelona. Since 1992 Siegel lives in Pamplona, where she teaches Modern Dance and Improvisation, and where she has collaborated in theatrical works and operas with directors such as Carme Portaceli, Valentin Redin, Pablo Ramos and Angel Sagües.

Mikel Gaztelurrutia Erdozain (pianist, composer). After finishing his degree in Piano at the Superior Conservatory of Barcelona, with Carme Undabarrena, in addition to studies in Music Theory and Pedagogy, he studied Jazz Piano with Iñaki Salvador, Joan Diaz, Bruno Louise, Charles Loos, Jan Wijn, Albert Nieto, Edith Fischer, and Paul Badura Escoda. His work has been recorded for the television stations Telecinco, ETB and KTB. He has performed with the following musicians: Joan Diaz, Mikel Andueza, Richie Ferrer, Vinvent Thomas, Miquel Casany, "Wagon Cookin", Toño de Miguel, David Johnstone, Carlos Nuñez, y Kepa Junkera.
He is currently directing the following projects: "Mikel Gaztelurrutia Trío", "The new jazz voices ensemble", and "Brazilian Sextet". In 2009 he recorded "The new jazz voices ensemble" which was selected along with the "Mikel Gaztelurrutia Trío" to participate in the Festival de Jazz de Donosti of that year. The "Mikel Gaztelurruita Trío" is now preparing its second recording. Since 2001 he has been a professor of Jazz Piano at the Superior Conservatory of Pamplona. His post-graduate studies include a "Master in investigation of the development of musical capacities" from the Public University of Navarra. He is composing the sound track for a documentary on Historical Memory by the pamplonan photographer, Clemente Bernad.

Paco Iglesias has composed music for many theatre groups in Navarra, including T.E.N., Gus Marionetas and Sambhu Teatro. He created the score for Tempomobile's last work, Still Moving.

Carlos Salaberri has created all the light designs for Tempomobile since 1996. He has a degree in Dramtic Arts from the Institut del Teatre of Barcelona, and has been an actor, technician and assistant director. In theatre his designs include: Desperrados, Manolito Gafotas, Gus y Gas,El amigo de John Wayne, Kokoroko, Las mujeres de verdad tienen curvas, El Decamerón, Como agua para chocolate, Einstein by Ados Teatroa. In music he collaborates habitually with Oreka TX and Oskorrí.

Patxi Fuertes , painter, sculptor, set designer, has a degree in Fine Arts from the University of the Basque Country. He has created puppets, masks, giants, atrezzo and sets for all of the productions of the Escuela Navarra de Teatro since 1993, as well as for various Navarran theatre groups: T.E.N., Sambhu Teatro and Iruña Pequeño Teatro. He teaches Art History, set design, puppet-making and dance in the Escuela Navarra de Teatro, as well as children's workshops in puppetry.

Isabel Morales has been designing and creating costumes during more than two decades for many of the most important theatre groups in Navarra, including T.E.N., Teatro Bajo la Arena, Trokolo, Iruña Pequeño Teatro and Kollins Clown, as well as productions of the Escuela Navarra de Teatro and the Cabalgata de los Reyes. In Dance-Theatre she has created costumes for Sense Tempo (Barcelona).